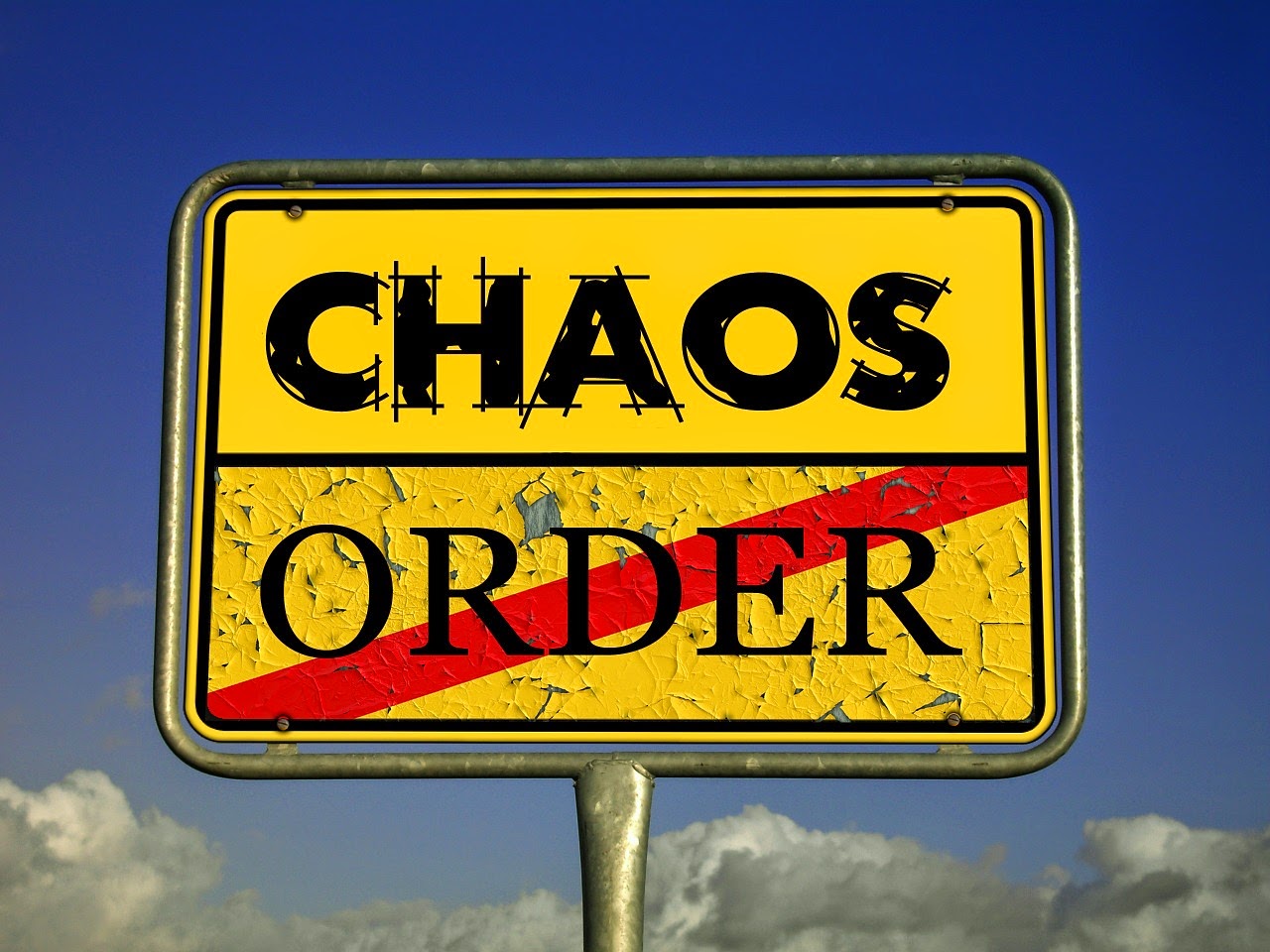 Getting through the holiday season as someone who is in recovery from a major depressive episode may seem fairly challenging (to put it mildly).   Pair that with the increased physical effort and energy I still don’t really have, I wasn’t anticipating the impending epiphany as a result of  finally uncovering my bedroom floor.

The floor… Let me paint a picture for you… My bedroom has always been messy, all the way back to early childhood.  The varying states of ground cover my floor has seen has ranged from quick clean-ability to post-apocalyptic wasteland.  To clarify: this has NEVER involved old food or anything that might decompose, just clothes, papers, books, clothes and more clothes.  My mother once went so far as to “clean” my room for me while I was at school, only to “sell” my possessions, clothes and furniture (!!!) back to me for 5¢ per item. (Kind of brilliant...take note, frustrated moms everywhere!)

Back to Christmas 2014… As I spent the last two days before Christmas making my bedroom presentable enough for a holiday guest to sleep in, I started to feel --- uncomfortable. Physically, yes; this was the most strenuous thing I had even attempted in the past few months.  But the cleaner my room got, the more uneasy I felt.  My therapists, at this point, would say, “uneasy is not a feeling”.  Okay, the actual feeling was apprehension, which falls into the larger category of fear.  Wtf??? How can tidying a room induce fear? Rationally, it makes no sense.  Luckily, having completed a 12 week intensive therapy program, as I sat with this dis-ease, dawn began breaking on said epiphany.  The intense clutter of my bedroom had been like a cocoon of “safety” for the last however long it had been there. A cocoon of non-change, if you will.  A cocoon that meant I didn’t have to take responsibility for anything, which allowed me to hide from life, my feelings and the heartbreaking truth that my mom really had died. In the course of 40 odd years, for reasons I’ll go into in another post, I’ve become quite skilled in stuffing my feelings, rather than dealing with and feeling them.  This time, instead of pushing them down, I allowed them to wash over me, to really feel this fear.  In doing so, I was able to figure out for myself, that all the clutter was my safety net, and that this safety net was keeping me stuck, and sicker than I actually am now.  Holy sh*t!  Epiphany realized.

This is one of the best and most valuable gifts I could have received this Christmas – another realization of what makes me tick. And with that, maybe, just maybe, the ability to be a better, healthier, more insightful version of me in 2015.

Happy New Year from my hope ladder to yours.

Posted by Rhonda Galley at 19:42 No comments:

Claiming my blog on Bloglovin

Victory isn’t a word often associated with mental illness.  Those who struggle with mental illness frequently have feelings of powerlessness, helplessness and worthlessness.  As someone who lives with depression, I can attest to the paralyzing fear – sometimes triggered by seemingly benign situations.  How could making breakfast be scary? What is so terrifying about doing laundry (providing you’re not doing it in a stream in the wilds of Africa next to a pride of hungry lions!)?  And unless you’ve had a traumatic experience akin to “Psycho” in the shower, what in the world is so bloody (pardon the pun) terrifying about getting clean? These fears usually aren’t rational, but they are nonetheless debilitating.  So, when you actually summon up enough pluck to leave the house and do a couple of simple errands, it’s a BIG DEAL! 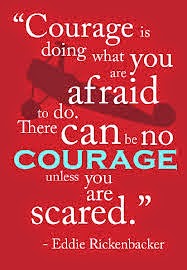 Fast forward to a recent Sunday morning.  I left the house to get cigarettes (yes, I know…let me deal with one life change at a time) and a PSL from Starbucks that I really didn’t need.  It was crazy busy when I walked in – two months ago, my anxiety would’ve made me turn around and go home.  But, after being in therapy for a while, I was happy to wait.  As I watched the people in line ahead of me, I noticed that two of the baristas were people I knew from previous jobs.  I took the risk of saying hello, (sometimes pretty scary when you’re not in the best headspace) and that led to a quick chat with each of them.  It also led to a couple of job leads (something else that’s been front of mind lately).  Little victory #1!

As I later approached the convenience store, a woman held the door for me and told me “Come on in” while I was still 10 feet away.  How lovely! To have such a genuine heartfelt interaction with a complete stranger, was certainly unexpected and boosted my blossoming mood even more! Little victory #2!

Something I’ve been discovering as of late, is that a little momentum goes a LONG way…the snowball effect, without an avalanche or B-movie plot attached!  If I hadn’t gone out to do two small errands, not only would I be sitting at home feeling my usual lowness, not to mention going into nicotine withdrawal, but I Wouldn’t have reconnected with two very nice people, AND I may have missed an potential employment opportunity in the process.

Needless to say, that rapidly growing snowball inspired me to come home and write – something my therapists highly recommend.
I’m celebrating the little victories, in hopes of attracting more…

Posted by Rhonda Galley at 08:00 No comments:

Welcome to THE HOPE LADDER...

It's hard to know what to write about in your first-ever blog post.  To say it's intimidating is a huge understatement.  Especially when the topic of said blog is about living with depression and anxiety. With the arrival  (and subsequent passing, due to procrastination...) of Mental Illness Awareness week, I made the decision to break my silence and speak out.  I wrote a post on my Facebook friends feed explaining in fairly short terms what I've been going through for many years, and what most of my friends and acquaintances may never have guessed.

It's only been the last couple of years that I've been testing the waters in speaking about my mental health.  Most of those whom I've chosen to trust with my "secret" have been very understanding, and on more than one occasion, they in turn, have opened up about their own struggles.  The reality is though, there is still incredible STIGMA surrounding mental health, and that makes it challenging to be really open.  I don't think it was until earlier this year, when I found myself approaching completely non-functioning, that I realized just how much shame I felt.  I chose to leave my job, and seek out the help I needed in whatever form it might take.

Before I begin writing posts about my treatment, and how it has affected me thus far, I want to tell you what depression has been like for me, and dispel some common misconceptions. While it's different for everyone, these are some of the symptoms of depression that I noticed: a constant feeling of worthlessness, feeling tired and totally lethargic most of the time, a feeling of intense sadness that I couldn't shake (we're talking from weeks to months), sleeping a lot more and wanting to sleep whenever I could, alternating with insomnia, and not finding any sort of pleasure in things that I was normally interested in or had brought me joy in the past.  I also began having recurring thoughts about death (not surprising, as I lost my mom earlier this year) and for the first time, thoughts of suicide.   That was certainly one of the hardest things to admit out loud, and it absolutely terrified me!

Like I mentioned previously, there are a LOT of misconceptions about depression, especially when you've never experienced it first-hand.  Some of the things depression is NOT:  Depression is NOT a simple feeling of sadness, grief or feeling blue in reaction to daily life situations.  Depression is NOT a bad mood.  Depression won't just go away, no matter how much we may try to ignore it, and may worsen with the potential for self-harm or ultimately, suicide.   Taking antidepressants without some sort of therapy may not be all that is needed - each of us is unique, as is our brain chemistry, and depression may also be coloured by our past experiences, upbringing, trauma and the like.


This blog will be a part of my healing...a way to express my feelings, another way to rediscover who I am, a way to understand what I am learning about myself, and maybe someone who may be going through a similar situation will find something useful, or hopeful in what they've read.

With love,
Rhonda
Posted by Rhonda Galley at 21:13 4 comments:

The journey to better mental health...one step at a time.

Rhonda Galley
I've navigated my way through this world for 40 years...and this year, things got HARD! I've been living with clinical depression for seven years, and for a long time I thought (or wasn't willing to admit otherwise) that I could manage my illness with meds alone. WRONG! Add to that, I've been caring for my mother for almost three years, until she passed away this January. Needless to say, MY issues were NOT my priority. I want to share my journey through treatment and beyond, so that maybe someone will relate, and can choose to ask for help. I want to banish the shame and stigma of mental illness and open the discussion!